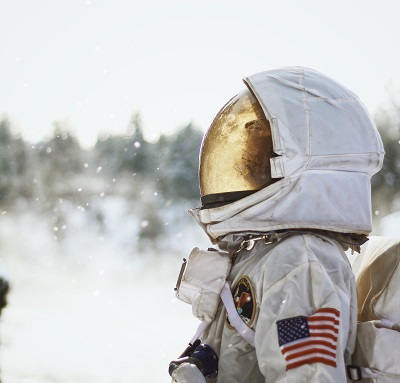 Women in science, focus on space scientists at CLS

Created at the initiative of UNESCO and UN-Women, the International Day of Women and Girls in Science is an opportunity to recall that women and girls play a key role in the scientific and technological community and that their participation must be strengthened.

To date, less than 30% of the world’s researchers are women. Women are thus under-represented in the fields of science, technology, engineering and mathematics. And where they are present in scientific fields, they are under-represented at decision-making levels.

At CLS, science plays a major role in the daily lives of our teams. We are fortunate to work with space scientists who gather knowledge and combine it with space technologies as a key tool to advance their scientific fields. Indeed, space is essential for unlocking mysteries in the fields of oceanography, sustainable management of marine resources and machine learning.

How does one become a space scientist?

Our 4 scientists explain their different backgrounds but linked by the same passion, that of science, research and protecting the environment.

Inna Senina, engineer: “I obtained a Master’s degree in mathematical sciences at the State University in Russia, and then obtained a PhD in the sciences in physics and mathematics.

After a position at the University of Hawaii, I came to CLS to join the marine ecosystem modelling teams”.

Annabelle Ollivier, project manager: “Following a childhood dream that started when I was living on a sailing boat in New Caledonia, I have been analyzing ocean observation satellite data for more than 15 years.

Initially technical, my curriculum was oriented towards project management and then team management”.

Anna Conchon, engineer: “I have always been interested in science. As a child, I was fascinated by electricity and in particular a clock that worked thanks to two oranges! I wanted to combine my interest in science with my curiosity about nature.

After preparatory school and an engineering school, I turned towards oceanography and marine biology/ecology via an internship, a thesis and later a research position at CLS”.

Soizick Magon de la Giclais, data scientist: “It was my interest in mathematics that led me to INSA Toulouse to specialize in statistical modelling and data sciences.

And it was with an engineering degree in applied mathematics and my interest in environmental issues that I joined CLS”.

What are you doing at CLS today?

Anna Conchon and Inna Senina both work as engineers in marine ecosystem modelling and more specifically on modelling the prey of large marine predators.

Annabelle Ollivier is an environmental project manager. She is involved in international projects aimed at illustrating climate change and ocean characterization from space.

As for Soizick, she is part of the CLS DataLab and contributes to various projects to provide statistical expertise to exploit the data. The Datalab mainly collaborates with the sustainable fisheries management teams, putting data science at the service of their business expertise.

What would you say to young girls who want to become space scientists?

Anna Conchon and Annabelle Ollivier confided that they have been in a rather masculine field with an average of 25% girls in preparatory school and 35% in engineering school.

Anna has worked as a scientist, fisheries controller and now as an engineer: it is more common to see men in these positions, our gender does not limit the subjects that can interest us. If you want to work in a field, even if it is rather male, you have to dare to go there! Annabelle reminds us that: this sector, like any other, needs people who are fulfilled and motivated, curious, precise, imaginative, have a “go-for-it” attitude or are delicate. At CLS, many managers and scientists at CLS are women. We told you about this last March in an article dedicated to “Women in tech”. For CLS, talent, knowledge and expertise are gender-neutral.