FRANCE, TERRITORIA 2017 Gold Award for the City of Dax in the use of space applications with the collaboration of TRE Altamira

Dax, Satellite and Radar Interferometry for the management of territories

Since 2009, the city of Dax alongside TRE ALTAMIRA and Antea group, had seen his project rewarded in the call for ideas launched by the French Space Agency CNES. The company TRE ALTAMIRA, subsidiary of CLS, was at the origin of this partnership and is specialized in the millimetric measurement of soil deformations. Together, public and private alike have joined forces to set up an innovative surveillance service in order to study instability of certain areas classified risk areas.

Once the potential of this technology has been demonstrated, the city of Dax has decided to finance new phases of the project. These new studies have helped the city of Dax in the management of hydraulic, geological, hydrogeological and geotechnical risks. This information is crucial in a context of demographic growth and space density.

The unique experience of the city of Dax in the implementation of an innovative solution leading to a concrete application is now rewarded. Based on the space technologies performed by TRE ALTAMIRA, a subsidiary of the CLS group, the city of Dax shows that innovation is also at the heart of the French Territories, it will be honored on Tuesday with the delivery of this price TERRITORIA gold!

The Territoria Prize : Innovation in the service of the French territories
For 31 years, the Territoria Prize, created by the French National Observatory of Public Innovation, has been promoting local authority innovations. It is open to all local public players and concerns all areas of innovation in the territories: urbanism, citizenship, energy transition, commercial revitalization, social link, quality of life … 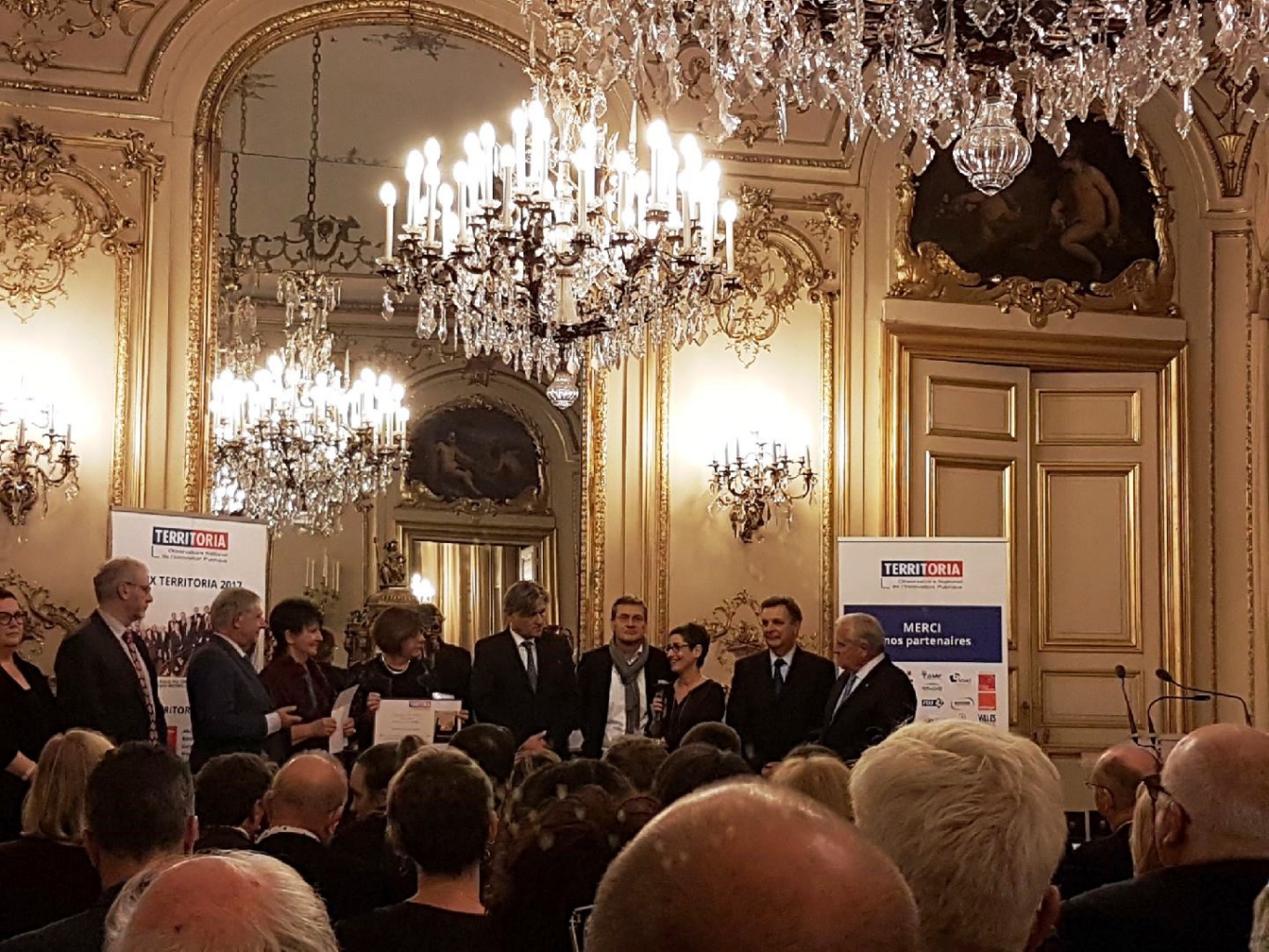 Gold Award for the City of Dax in the presence of Jacques Mézard, French Minister for territorial cohesion. Anne Urdiroz, from TRE ALTAMIRA, along with representatives of the City of Dax and Gilles Rabin, Director of Innovation, Science and Applications, explains the benefits of satellite technology for urban management.