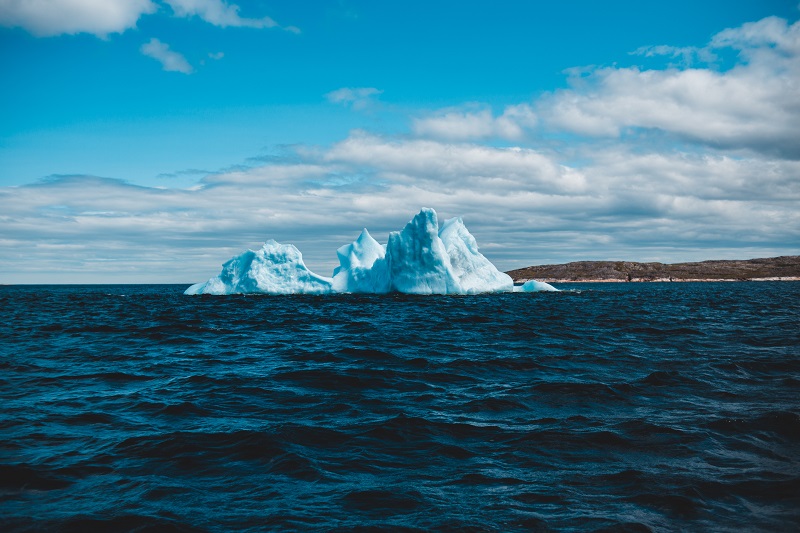 Vendée Globe: satellites monitor the threat of the icebergs and we adapt the AEZ accordingly

While the RACE lead is currently in the middle of the Atlantic, some of the participants are still in the South Pacific approaching Cape Horn. This gateway to the Atlantic is a symbolic and emblematic stage for every skipper. The AEZ (Antarctic Exclusion Zone), the ice zone adjacent to the famous cape whose crossing is synonymous with race penalties and where the danger of icebergs is omnipresent, has recently been modified thanks to the satellite data processed by CLS.

The zone has been moved 1.5 degrees southward, which ultimately means less distance for competitors to cover.

Groundwork for an ever more accurate view of the AEZ

CLS has been providing satellite data for ice detection and ice drift to the Vendée Globe since 2008. The principle and implementation of the Antarctic Exclusion Zone (AEZ) was born out of this collaboration. Since July, our experts have been analysing and scrutinizing radar altimetry curves. The initial version of the zone was provided at the beginning of September during a meeting with the Race organisation. It takes into account altimetry measurements and icebergs detected by satellite. An updated “start” version was given to the skippers a few days before the start of the race.

Version 5, modified at Cape Horn, demonstrates a shift of the AEZ of 1.5 degrees southward. This modification offers more freedom to the competitors, who are less likely to be trapped in a high pressure system.

A more forgiving Cape Horn for this race edition

As Sophie Besnard, CLS Director of International Affairs, announced at the start of the race, this edition of the Vendée Globe is taking place at a time when the density of icebergs is lower. The fifth version of the ZEA, confirms the trend of this 2020-2021 edition, with less ice from southern waters, which has resulted in a shorter course. Off the coast of Argentina, there are upwellings of cold water that can cause growlers, small icebergs that are extremely dangerous for navigation, making the passage of Cape Horn even more hazardous.

It is therefore surprising that the AEZ has shifted. At the beginning of the Vendée Globe, many icebergs located in the Southwest Atlantic were detected, and seem to have drifted rapidly eastwards, thus reducing the AEZ and opening up the race.

After Cape Horn the door to the Atlantic and the northward journey opens, a new perilous stage after the Falklands, where the danger of ice is still present with an upwelling of cold water which can lead to trapped icebergs.

The AEZ a first time raised

Mobilization of CLS teams in support of the race organisers

For this race edition, nearly 300 satellites images were analysed by CLS ice experts. The image controls, their resolution and the surface they cover are adapted, the objective being an accurate mapping of the presence of icebergs in the competitors’ passage areas as well as their drift.

Thus, this week, images were ordered to monitor the upwelling of icebergs in the middle of the Pacific to ensure the safety of stragglers. In accordance with CLS’s Vendée Globe commitments, the AEZ is not only determined for the leading pack, but all competitors benefit from CLS’s continuous monitoring. Recent images reveal that, in the Pacific, the icebergs initially detected have drifted away and have moved closer to the AEZ.

Detection and drift go hand in hand for the CLS experts, with currents sometimes rapidly displacing these ice monsters or their equally threatening remnants, for the navigation and safety of the competitors in this lengendary race.