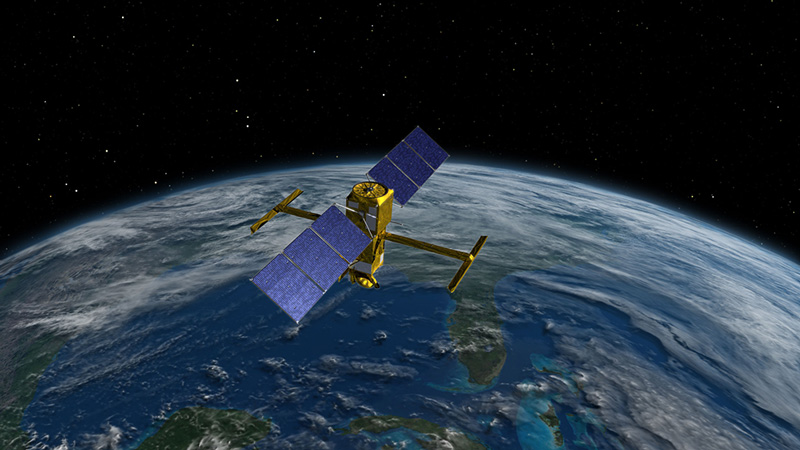 For nearly a decade engineers at the French Space Agency, NASA, the Canadian Space Agency and the UK Space Agency have been designing and building a satellite set to be a game-changer for hydrology and oceanography. The Surface Water and Ocean Topography (SWOT) satellite will carry ground-breaking technology capable of monitoring the world’s lakes, rivers and oceans at an altitude of almost 900 km.

With more than 30 years of experience in Altimetry, CLS has been heavily involved in this mission and will continue to be involved in the SWOT Expertise Center analyzing and validating data but also using this amazing information to develop services to help humanity in its resilience facing climate change issues. After heavy testing, SWOT will soon face the defining test: its launch. Set to be sent into orbit on the 5th of December, we takat its mission, and how it will help achieve strategic goals such as sustainable management of water resources.

As a result of its vast experience acquiring, processing, validating and qualifying altimetry data, CLS was chosen to be part of this revolutionary mission and has played a key role in preparing ocean processing chains and working on the format of the future ocean data.

Thanks to the state-of-the-art Ka-band radar interferometer (KaRin), the first of its kind, SWOT will provide the first global survey of the Earth’s water. KaRin will be able to cover a swath of 120 km enabling it to measure the water levels in wide rivers and lakes as well as to detect ocean features with a unique spatial resolution. 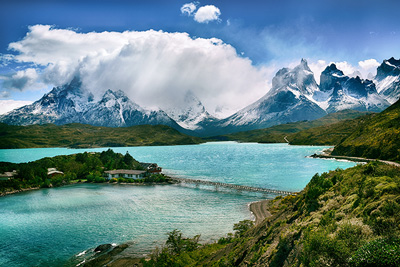 The arrival of SWOT will provide us with the first comprehensive view of Earth’s freshwater bodies from space. With this data, it’ll be possible to calculate on a global scale, the rate of water gain, or loss, in lakes, reservoirs and wetlands as well as the changes in river flow. Such measurements are critical to understanding surface water availability and preparing for important water-related hazards such as floods and droughts.

For almost 10 years, CLS has been using its Altimetric experience to study and manage water, measuring the height, volume and flow of more than 10 000 sites from space in near-real time for various projects including FloodDAM, a Space Climate Observatory project, which will benefit from SWOT data.

Of all natural hazards, floods are the most frequent and the most lethal. This year, Pakistan’s monsoon season has caused devastating floods affecting at least 33 million people and killed almost 1,800 according to figures published on the 14th of October. These catastrophic events are becoming more frequent due to climate change meaning that anticipating them has never been so important. FlooDAM, a partnership between Vortex.io, Predict Services, CERFACS and the French Space Agency (CNES), aims to provide a solution by developing early warning solutions for floods.

On behalf of CNES, CLS has designed an automatic system to provide a rapid mapping of floods from radar and optical images as well as a platform to visualize observed flooded surfaces and risk maps from modeling. FlooDAM has already been tested in several hydrological basins around the world and has had successful results. SWOT data will boost this success by improving the predictability of floods and help provide a better assessment of flood risks. 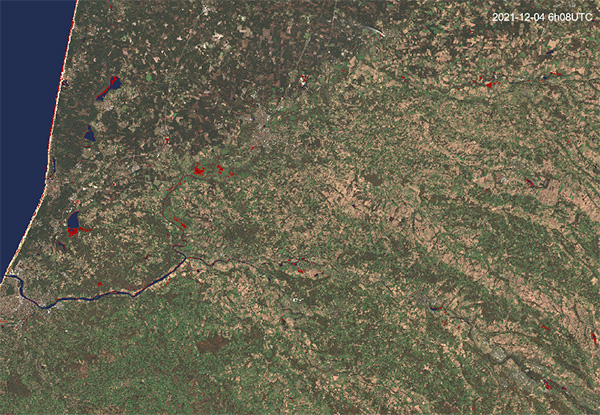 SWOT’s resolution, which is ten times higher than current technologies, will be able to detect ocean features previously unseen. This resolution will help better observe mesoscale and sub-mesoscales ocean surface heights and thus better understand the major components of global climate change: the exchange of heat and carbon between the ocean and the atmosphere.

The detailed information that SWOT will provide on ocean circulation will also provide a better understanding of the ocean environment, including the movement of life-sustaining nutrients as well as harmful pollutants.

Various solutions developed at CLS using drift models and climate models will be improved thanks to SWOT data. These solutions tackling key issues such as:

CLS, a key player for the climate for 30+ years 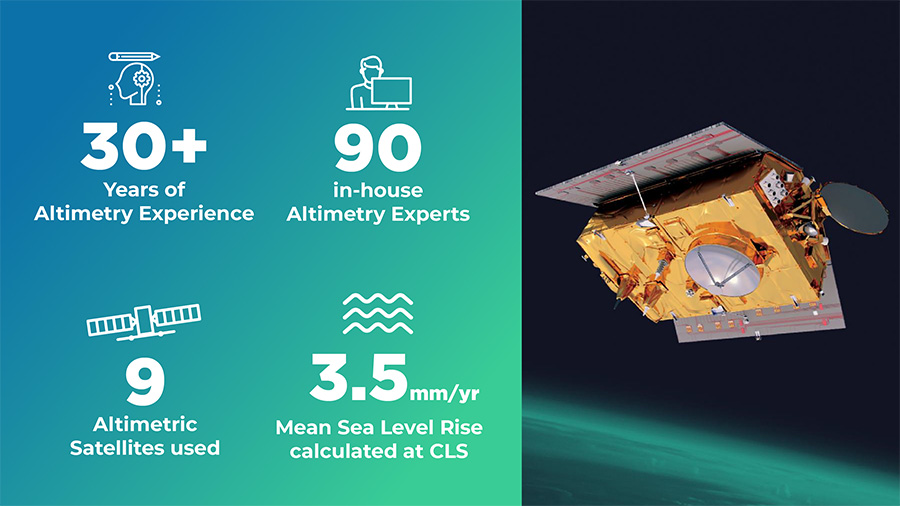