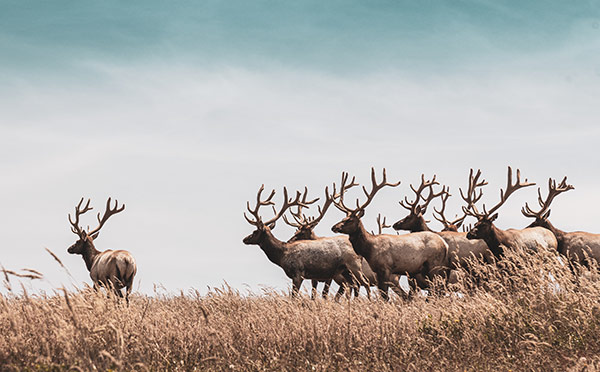 Innovation – World Conservation Congress: CLS announces it is putting AI, BIG DATA and an XXL Space system at the service of biodiversity

On the 3rd of September, France will open the doors of the World Conservation Congress held in Marseille. Thousands of speakers, NGOs, national and international agencies are expected to define priorities and guide conservation and sustainable development actions on a global scale.

CLS, a subsidiary of the French Space Agency (CNES) will be present at the congress and will announce that it has launched the development of new technologies capable of transforming  knowledge and monitoring of the state of health of biodiversity from space:

These enhanced technologies could revolutionize the state of our knowledge of biodiversity, which is the basis for the implementation of effective conservation regulations.

Since the 1980s, more than 200,000 animals have been tracked thanks to CLS, the historical operator of the Argos system, which today provides environmental data for the eponymous constellation, and to CNES, the co-founder of the system.

Scientists agree that CLS and CNES, with Argos, have made it possible to rewrite the history of animal migrations.

We take a glance at the scale change, an XXL science at the service of biodiversity.

Less than 20 years ago, a million wild reindeer roamed the Yakutia tundra. Since the beginning of the 21st century, the number of reindeer has fallen to less than 400,000 individuals. In 20 years, this species has seen its members fall by 60%!
The main threats to the reindeer are global warming, famine and epidemics.

In this context, CLS is leading a consortium composed of representatives of nomadic populations, scientists, territorial authorities, space agencies (CNES and ESA), together they are trying to stem the decline of a species on which an entire populace depends.

By conducting the SISMA program, which aims to develop a global information system on the reindeer populations of Yakutia for the actors involved in pastoralism in northern Russia, i.e. the four different communities.

Yann Bernard, Director of Environment & Climate Activities at CLS: “Thanks to this program, satellite collars equipped with artificial intelligence have been developed. These collars automatically detect the behavior of the reindeer (sleeping, walking, feeding, sickness etc.). This summer, 200 reindeer were equipped with this type of collar and this monitoring has already enabled several tribes to find their lost herds. This surveillance will soon be increased tenfold with the arrival of the constellation of our subsidiary Kinéis “ (see next paragraph space in XXL mode).

Adding to this monitoring component, is a component for herd management in territories combining satellite monitoring with Earth observation to support pastoralism in Russia. This spatial approach is necessary due to the vastness of the territories to be monitored, the weakness of terrestrial communication systems and the low population density. This project provides easy-to-use, affordable tools to collect data and provide continuous observations on reindeer, from their habitat to their living conditions.

Similar projects on wild horses, bison, and other large mammals are being implemented.

37,400 species are threatened with extinction according to the IUCN, this figure represents 28% of the species we know, and 14% of threatened species are birds. The 5 main threats to birds are intensive agriculture, deforestation, invasive species, hunting and climate change.

The great migrations are strongly affected by the constructions and the developments made by the man on the territories. Migratory routes, feeding grounds, resting places, breeding grounds are all threatened or disturbed.

This unique platform will save precious time in analyzing trajectories, when it used to take 10 years to reconstitute a migration route, today it only takes 10 minutes to identify a migration path.

This platform could transform the state of our knowledge on biodiversity and especially accelerate the taking of concrete and relevant conservation measures.

This MIGR-SAFE program, like the SISMA program, has been labelled SCO, Space Climate Observatory by the CNES.

Space in XXL mode – From declaration to action

As a global satellite system, Argos is able to connect animals even in the most remote areas.

In nearly 50 years the satellite system known for tracking the greatest offshore races, rewriting the history of animal migrations, fighting illegal fishing, securing sea routes has tracked more than 200,000 animals over the past 5 decades.

In 2018, CLS alongside CNES decided to transform the Argos system and create Kinéis, a company (its subsidiary) that raised 100 million euros in 2020 to build a unique constellation capable of connecting 2 million objects.

Launching in 2023, the Kinéis constellation, which will carry the latest generation of Argos payloads, will track several hundred thousand animals each month, compared with 8,000 each month today.

It is the only satellite constellation that can create Argos beacons so small that they can track birds weighing only 67g from space! Something unheard of!

A constellation with enhanced capabilities that will connect millions of objects and provide near-real-time data, making the monitoring of every individual in a herd a reality.

A technology that goes hand in hand with the miniaturization of transmitters and that will make it possible to go even further in the protection of biodiversity.

The early life of loggerhead turtles and all other juvenile sea turtles were once called “the lost years” because no one knew exactly where they went after leaving their birth nests until they returned to nesting beaches decades later.

But this was without counting on the progress of technology and miniaturization.

Thanks to new “micro-satellite” beacons, scientists can now know where the young turtles go and how they use their environment.

Such technological advances are possible thanks to the highly sensitive satellites of the Argos system. These satellites are so sensitive that transmitters can reach them using only one-fifth the power usually used yet still send 10 times more messages.

Collecting such valuable data on these “lost years” is essential to developing appropriate conservation measures to protect sea turtles throughout their life cycle.