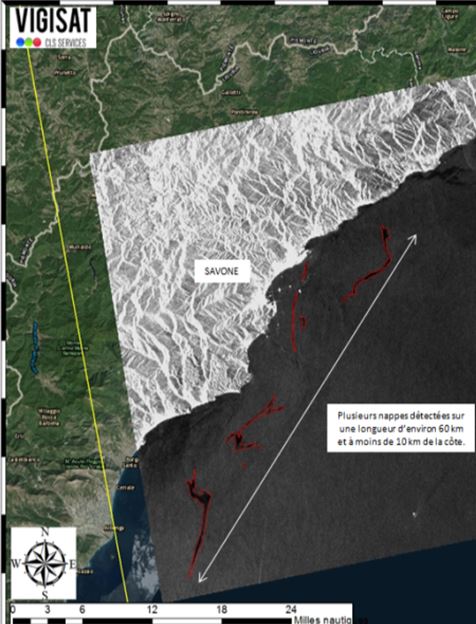 CLS detects oil spills by using satellite radar images, determines the drift trajectories of oil slicks to identify polluters and the possible source of the pollution and finally, supplies the detection report.

On Friday 22 April 2016 at 17h17, a radar image taken by the SENTINEL 1-A satellite was acquired by operators at the CLS VIGISAT centre.

Twenty minutes later, the CLS analysts, who are expert in detecting pollution, sent their report to the European Maritime Safety Agency in Lisbon, showing that several oil slicks had been detected in a zone about 60 km in length and at less than 10 km from the Italian coastline, around the port of Genoa.

Observing the earth : Sentinel 1-B delivers